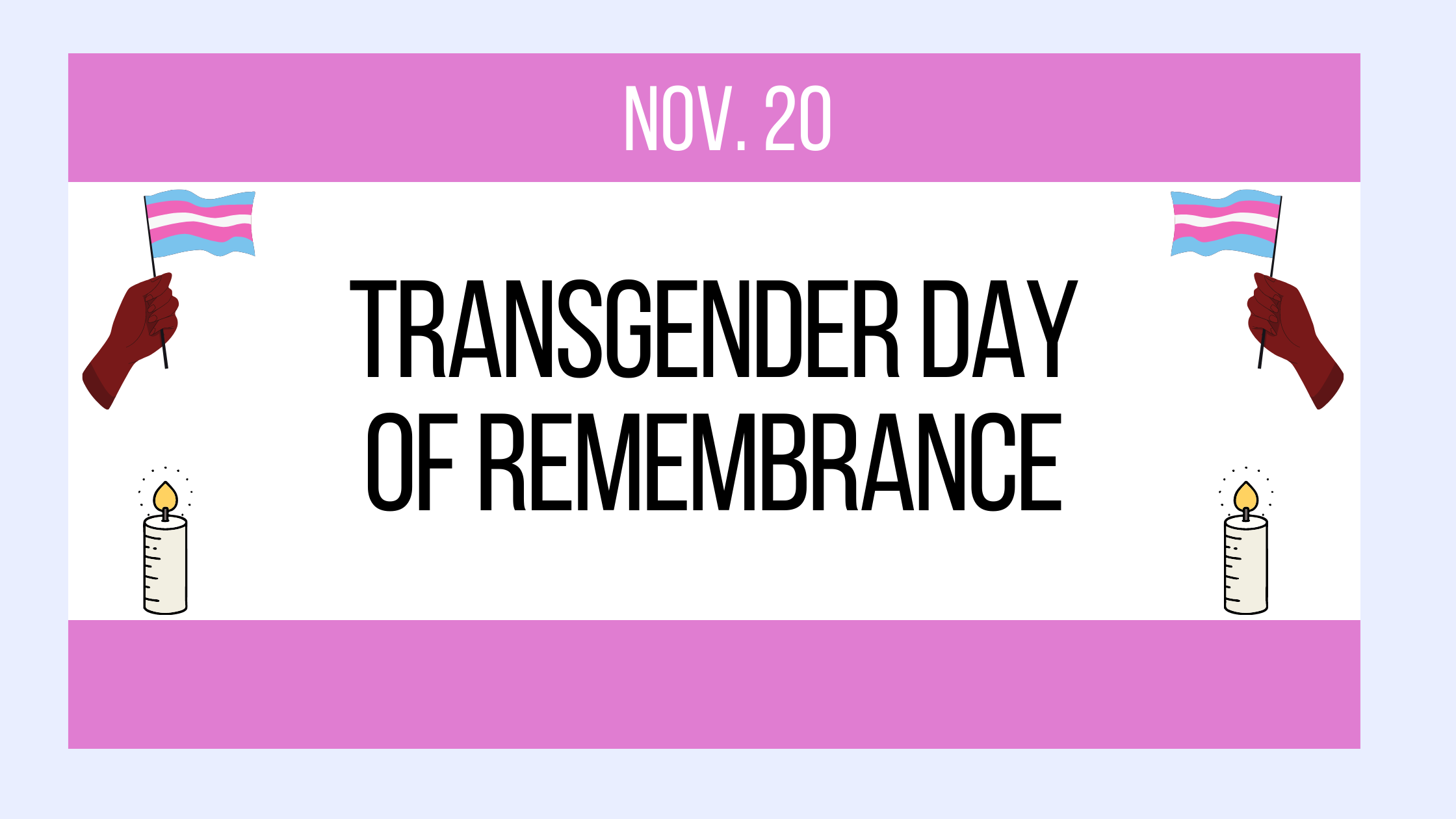 1) How did Transgender Day of Remembrance come to be?

On Nov. 28, 1998, Rita Hester was stabbed to death in her apartment for the crime of being her authentic self: a beautiful transgender woman. Hester was a confident woman who knew her identity from an early age, and who would never shy away from who she knew she was. That is what cost her her life. Unfortunately, like other countless murders of transgender people, the odds were that Rita Hester’s murder would be ignored and forgotten. Indeed, the crime was never solved, and the press forgot about it after a few weeks. However, the transgender community was not about to let this be forgotten.

Inspired by Hester’s murder, Gwendolyn Ann Smith, a transgender woman from the San Francisco Bay Area, created a web project called Remembering Our Dead as a way to honor transgender homicide victims. The project gathered the stories of transgender people from around the world who were murdered out of hate.

In 1999, one year after creating Remembering Our Dead, Smith planned marches to honor the victims in Boston and San Francisco. It was the founding of the Transgender Day of Remembrance.

"When the Transgender Day of Remembrance first began, trans people were nameless victims in many cases," Smith wrote in 2014 in The Advocate. "Our killers would do their best to erase our existence from the world. And law enforcement, the media and others would continue the job."

Transgender Day of Remembrance raises public awareness of hate crimes against transgender people, an action that current media doesn’t perform. TDOR publicly mourns and honors the lives of our brothers and sisters who might otherwise be forgotten. Smith’s Remembering Our Dead project documents the lives lost to transphobia and hate all the way back to the 1970s. Unfortunately, this is not history. It's very much the present.

Across the globe, transgender people are murdered at extremely high rates, and little is done to protect them. Through the vigil, we express love and respect for our people in the face of national indifference and hatred. Transgender Day of Remembrance reminds non-transgender people that we are their sons, daughters, parents, friends and lovers. TDOR gives our allies a chance to step forward with us and stand in vigil, memorializing those of  who have ve died by anti-transgender violence.

3) What can I do as an ally or member of the trans community?

The most important tool we have is education. By educating others on the issues that the transgender community is facing, we are replacing ignorance with empathy. It will take all of us and more to fight to end transphobia and prejudice towards the LGBTQ+ community. Use your voices to advocate for the injustice and discrimination people in the LGBTQ+ community have to face every single day. Make sure to use social media and other resources to remind your peers that trans rights are human rights.

In addition, there are always people who need help. There are numerous organizations dedicated to helping and supporting the LGBTQ+ community. If you would like to get some ideas or to simply learn more about how to help, check out some of the amazing organizations we donated to in order to support not only the trans community, but others in the LGBTQ+ community as well. No matter how much you donate, you will be making a difference in someone’s life. If you can’t donate, spread information and inspire others to donate!

Final thoughts: On Transgender Day of Remembrance more than ever, take some time to honor the lives lost every year due to transphobia and hate. Together, we can fight the abundant ignorance and bias in the world and put an end to this inequality. Whether you are part of the LGBTQ+ community or a supportive ally, join us in this fight for human rights. Pride Palace stands together with the trans community, and you should too.