Pride Palace community, today, September 15, 2021, is the first of 30 days in the National Hispanic Heritage Month. Every year, the period goes from September 15 to October 15 and aims at recognizing the influence and contributions of Hispanic Americans to the United States. Many members and allies of the LGBTQ+ community are Hispanic Americans or simply Hispanic, and we couldn’t be happier about it. To spread further awareness and education, Pride Palace decided to answer a few commonly asked questions about Hispanic heritage and its celebratory month.

1) What does Hispanic mean, anyway? Who identifies as Hispanic?

In simple terms, Hispanic describes anyone relating to Spain or to a Spanish-speaking country, especially those in Latin America. This includes but is not limited to: Cuba, Mexico, Puerto Rico, Venezuela, Colombia, Chile, Guatemala, Honduras, El Salvador, Nicaragua, and more. However, anyone who wishes to identify as Hispanic is free to do so.

According to the Pew Research Center, there were about 60.6 million Hispanics in the United States as of July 1, 2019. This made up 18% of the total national population. In 2020, the U.S. Hispanic population reached 62.1 million. There are a lot of us!

2) How did Hispanic Heritage Month come to exist?

The observation started in 1968 as Hispanic Heritage Week under 36th U.S. President Lyndon B. Johnson. Twenty years later, it was expanded by President Ronald Reagan to cover a 30-day period. Starting on September 15 and ending on October 15, it was enacted into law on August 17, 1988.

Rather than beginning on the first day of the month, the celebration begins on September 15 because the date features the anniversary of independence for several Latin American countries. This includes Guatemala, Honduras, Nicaragua, Costa Rica, and El Salvador. Furthermore, Mexico celebrates its independence day on September 16 and Chile on September 18, all within the 30-day period.

3) How can I celebrate my Hispanic heritage (or join my friends in their celebration)?

Numerous celebratory events take place during National Hispanic Heritage Month. In fact, the National Hispanic Heritage Month website features multiple events, both virtual and in person, for those who wish to celebrate during the 30-day period. These events range from virtual workshops to concerts and everything in between. Whether you decide to go to a Cuban friend’s barbecue or a virtual event (or both), make sure to celebrate Hispanic heritage and cultural experiences during this month.

Final thoughts: A country as diverse as the United States should always celebrate its people’s multiple cultures and influences. What better way to celebrate being Hispanic (or knowing someone who is) than with an entire month dedicated to heritage? Happy National Hispanic Heritage Month, Pride Palace community! 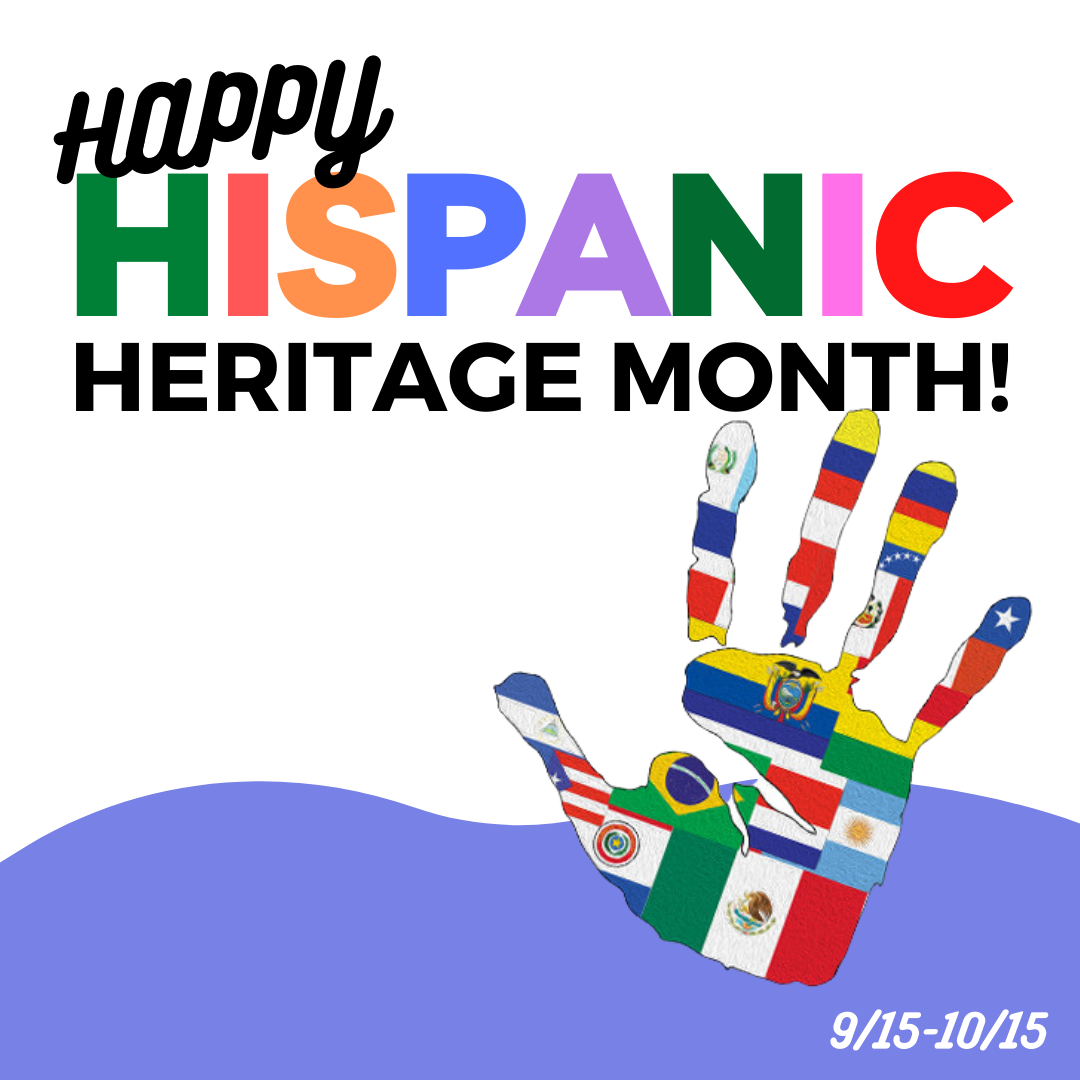