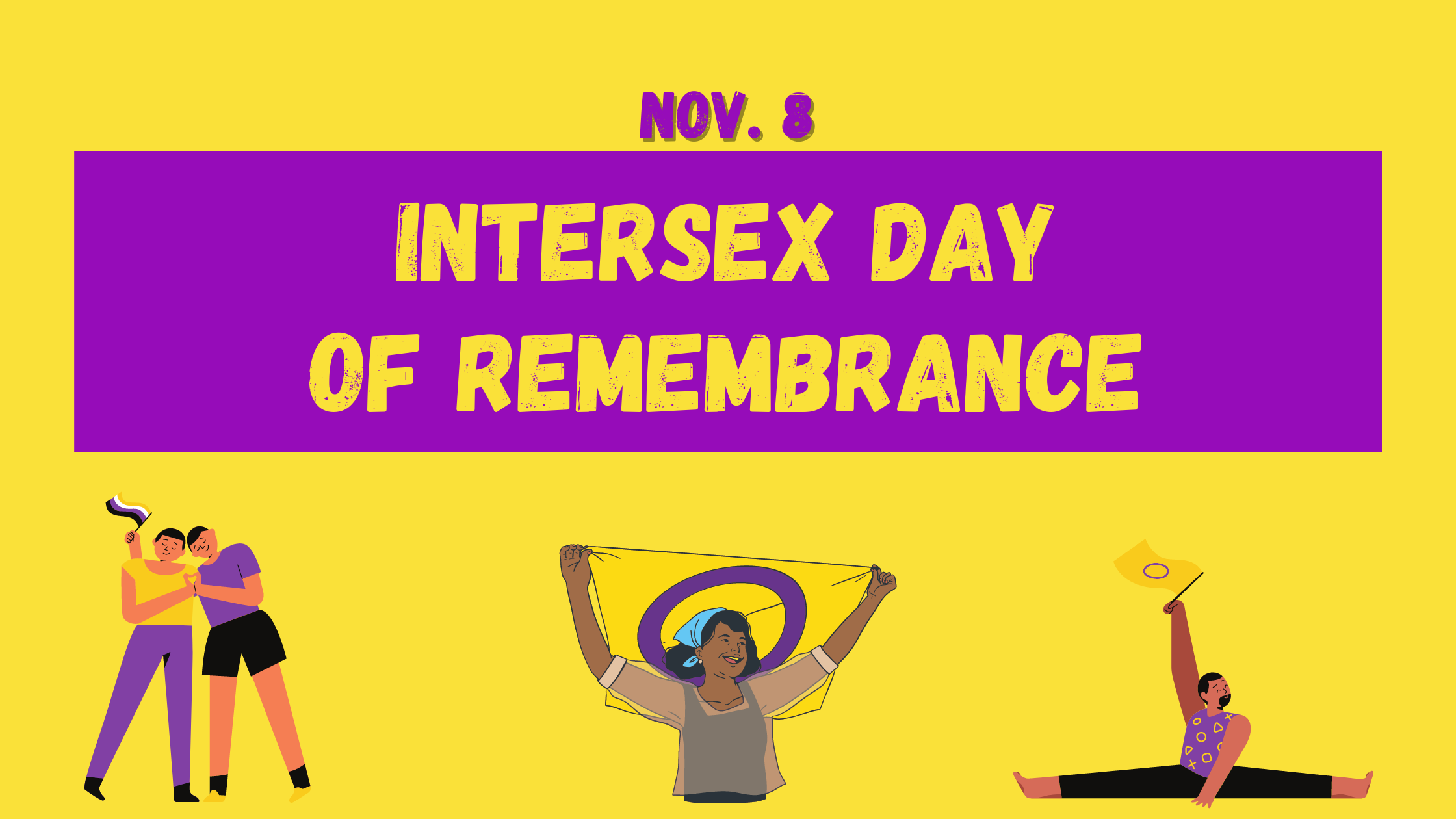 Trigger Warning: This blog post covers the topic of Genital Mutilation among the intersex community.

Intersex Day of Solidarity is observed on Nov. 8 to honor the birthday of Herculine Barbin, a 19th-Century French intersex person whose memoirs were later published by philosopher Michel Foucault. Barbin was put in the spotlight after doctors found them to be intersex. Barbin’s short and difficult life shed light on the need for increased awareness and acceptance of intersex people.

Intersex Day of Remembrance is dedicated to emphasizing the need to stop Intersex Genital Mutilation. The awareness day is also committed to promoting equal access to prenatal medical care, solidarity, upholding intersex rights to dignity and equality, and educating the community. Speaking of educating, here’s what you need to know to be the best intersex advocate and ally you can be: